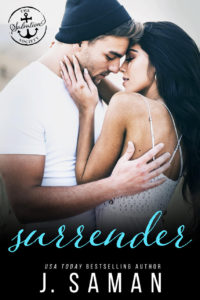 The saying goes, you can never fully put your past behind you.
But that’s exactly what I’ve been trying to do.
One night of chaos nine years ago changed everything for me.
I lost my family. I lost my home.
And I vowed never to let a man be the guiding force in my life again.
That is until Kellin Shaw walks back into it.
A sexy and intriguing stranger I barely knew; he has no idea how closely tied he is to my past all going wrong. A man so impossible to resist I don’t even know how to begin trying.
But he’s got secrets of his own.
A dangerous air about him that both thrills and terrifies me.
If I were smart, I’d run from it all instead of allowing myself to be lured in deeper.
What happens when you surrender yourself to a man who has the power to destroy you?