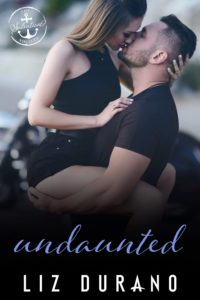 It was the only life he knew... until it wasn't.
It's been a year since a Humvee accident changed Navy SEAL Trevor Hawthorne's life forever, the adrenaline rush that was the only life he knew now gone. In its place is a life where he'll have to constantly prove to everyone that he's as good as, if not better than the man he was before.
For Taos native Claudia Romero, life is about graduating from a demanding Physical Therapy program so she can show people back home that she's more than the girl who made a very public mistake so long ago. And with one more internship in Virginia Beach to complete, she's almost there.
But when she runs into the man she had a one-night-stand with a year and a half earlier, there's no denying that the attraction they felt that night is still there, stronger than ever.
But what happens when she learns he's no longer the same man he used to be? And with a job waiting for her in Taos as soon as she graduates, can she find room in her life for love?